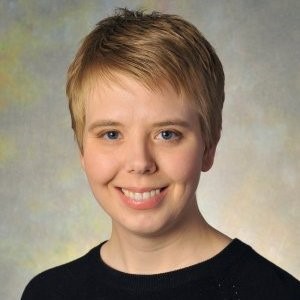 Mar. 21, 2019 - Recently, I came across a series of detailed graphs showing drug shortage statistics that provides a snapshot of the ongoing epidemic of drug shortages from 2001 to 2018. These statistics were compiled by the University of Utah Drug Information Service and published by the American Society of Health-System Pharmacists (ASHP). The seven graphs revealed the rate of new shortages is increasing. Long-term active and ongoing shortages are not being resolved. There are also inadequate supplies of basic drugs, which has a serious negative impact on patient care and pharmacy operations.

For the first time since 2014, shortages of new drugs and ongoing drug shortages both increased in 2018. While interruptions in the pharmaceutical supply chain are nothing new, additional factors are making the problem worse.

Quality and manufacturing issues are the most common cause of drug shortages. Consolidation among manufacturers of high-volume injectable medications with lower profit margins has resulted in a supply chain with little redundancy. A single event, such as a quality control warning from the U.S. Food and Drug Administration (FDA) or a natural disaster like Hurricane Maria, which devastated Puerto Rico’s infrastructure in 2017, is all it takes to cause a drug shortage crisis – especially in the highly concentrated market for sterile injectable medications.

Unfortunately, some efforts to tackle the opioid epidemic have aggravated the drug shortage crisis. The U.S. Drug Enforcement Agency’s (DEA) production quotas reduced the amount of opiate and opioid medication that could be produced by 20 percent in 2018. Those quotas limited overall supply chain response when a major producer of injectable medications slowed production. Other manufacturers lacked the ingredients needed to increase their production and compensate for the shortage. The DEA has since adjusted the procurement quota system, but the incident demonstrates how a tight supply and limited manufacturing capacity can have unintended consequences for patients needing pain medication.

Of the 10 recommendations for reducing the impact of drug shortages discussed during a November 2017 roundtable hosted by ASHP, only two of the suggested actions are in a hospital’s control. The other eight actions must occur at the federal level and are geared at increasing transparency into the issues causing shortages.

For example, strengthening the FDA Safety and Innovation Act to require manufacturers to disclose the cause, location and expected duration of an interruption in drug production is one proposed tactic. Providing more transparency to hospitals could also mean revealing quality issues at compounding facilities; mandating contingency plans for drugs with fewer than three suppliers; establishing incentives for manufacturers to produce drugs in short supply and reward quality; and more.

While those may be viable recommendations, what can hospitals do to ease the impact of drug shortages? The ASHP roundtable had two suggestions. First, establish best practices for reducing waste, and second, encourage electronic health record (EHR) system vendors to simplify processes for making drug-related changes in the EHR to respond to shortages.

Thankfully, there’s a single solution that makes it easier for hospitals to more efficiently manage their drug shortage process without waiting on anyone else to improve the processes that have continuously perpetuated shortages. To help mitigate the impact of shortages and manage them more efficiently when they can’t be avoided, hospitals across the country are turning to The Drug Shortage App from LogicStream Health™.

This management tool helps hospitals better manage drug shortages and minimize disruptions to patient care without relying on EHR vendors or waiting in the IT project queue. The Drug Shortage App provides hospital pharmacy teams visibility into ordering, prescribing and dispensing practices so they can take control of medications in short supply.

Learn more about what this solution can do to help your organization by downloading a free overview of The Drug Shortage App at www.thedrugshortageapp.com.

Brita Hansen, M.D., is Chief Medical Officer of LogicStream Health. She began her career as an internal medicine hospitalist physician after receiving her undergraduate degree at NYU and her Doctorate of Medicine from the University of Minnesota School of Medicine. She served as Chief Health Information Officer for the Hennepin County Medical Center before joining LogicStream Health. 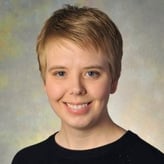 Brita Hansen, MD, is Chief Medical Officer at LogicStream Health. Dr. Hansen is also a practicing internal medicine hospitalist and has served as a healthcare system executive, most recently as Chief Health Information Officer at Hennepin County Medical Center in Minneapolis. Dr. Brita’s Blog covers a range of topics, including: